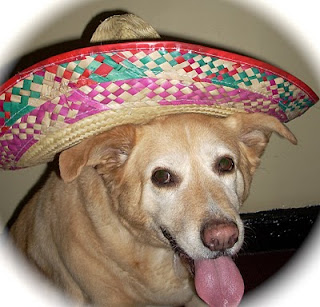 Yes, it's considered an American drinking holiday. But so what?

A while back, Willamena put together a list of some of her favorite Mexican hot spots in New York City. So if you are looking for a place to have a marg- CHECK IT OUT HERE.

According to Mexonline.com, in Mexico the day is not that big of a deal, just in the Mexican state capital city of Puebla and throughout the state of Puebla.
Cinco de Mayo commemorates the victory of the Mexican militia over the French army at The Battle Of Puebla in 1862.

As for Mexico Independence Day? We'll have to raise a glass in September for that.
Posted by Heather Kovar at 6:27 AM 1 comment: