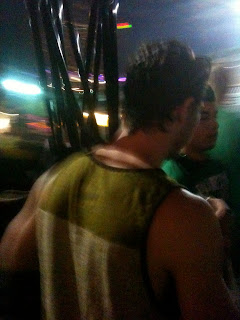 Over my more than 14 years in New York, I grew accustomed to hearing bagpipes on St. Patrick's Day.

Spending the holiday in Austin, Texas this year at the South By Southwest Music festival, I made the statement, "the difference between New York and SXSW on St. Patrick's day is the music.

But then I saw a man out of the corner of my eye... (actually my cousin Tammy pointed him out.) We chased after him because we thought he was carrying bagpipes- but oops.
Look- it was a fold up chair masquerading as pipes. 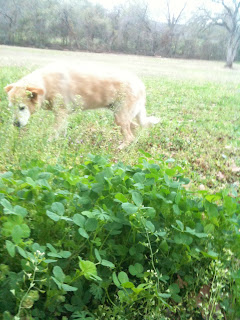 Willamena is in Texas as well. For now she has traded in Central Park for Central Texas.

Here you see her looking for a four-leaf clover. She actually found some pollen and spent the night sneezing.

Back in NYC over the years, McMena sniffed out some nice Irish bars for St. Patrick's Day. Here is a look back at some of her work. There are three tours. Click below.


Actually this St. Patrick's Day, a viewer sent me a picture he took of me in the Greenwich parade three years ago! Here I am with morning Weather man Paul Piorek. We had such a good time. However, I think my favorite Greenwich parade memory is from one year riding with co-anchor David Smith. "Connecticut" was spelled wrong on the side of the car.  The printers left out the middle C.
Maybe the bagpipes stole our note.

Posted by Heather Kovar at 9:20 PM No comments: