Whether in New York or London, when people find out I was born in Texas, the most common response recently has been “I like Austin.”
I say, “Oh, you’ve been?”
“No. But I’ve heard.”

Up to this point I haven’t been able to properly gush about Austin like I guess they expect. I almost attended the University of Texas at Austin. I think it was the weekend we put a deposit down on my dorm I had a “meet the professors” journalism event. I broke out in hives. The doctor said I was allergic to mold. That day I received a letter from SMU offering more financial aid- so it was back to Austin to demand my deposit.

I was born in Houston, went to high school in an area basically in the back yard of Texas A&M. Texas A&M is basically the University of Texas at Austin’s biggest rival. I went to college in Dallas- began my on-air career there then moved to New York. So no great Austin stories other than the occasional visit to see my Aunt and eat at Chuy’s.

The one exception is the year 2000 when I flew into Austin to see my parents and my decided I hadn’t seen the Capital building in a while. My dad agreed to make a drive-by… good thing I had worn a suit and makeup and did my hair because live and satellite trucks lined the capital.
It was the day Al Gore conceded. I ran into my old buddies from KXAS in Dallas and since I worked at an NBC station in upstate New York, they scheduled live shots for me. One thing I didn’t have was my IFB. No problem. I borrowed Jim Schiutto’s.

And that’s not the story most people want to hear when they say what great things they’ve heard about Austin. I can tell.

But recently I’ve spent some time in the great capital city and am ready to discuss what I’ve seen. I some great pictures of all the historical markers and architecture. Really, it’s good stuff. I also attended the now famous South by Southwest Music festival (SXSW.) The music was great.

However, I stick by my statement, “The best thing about SXSW is the architecture.” 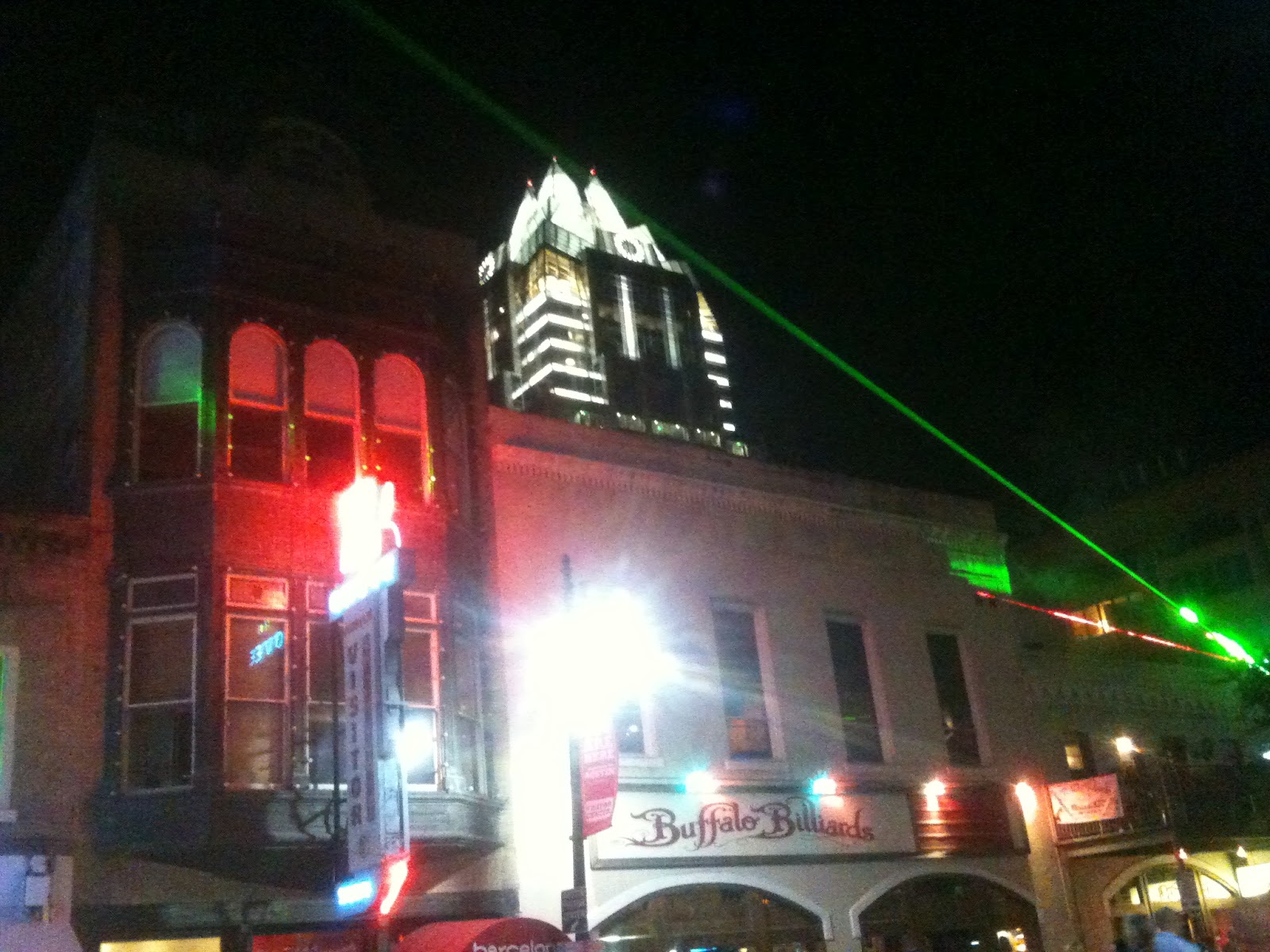 Stay tuned.
Posted by Heather Kovar at 2:45 PM No comments: