Thank you for the concern from those of you who questioned how Willamena is healing from her dog bite. I am proud to say she is recovering fabulously from the shame of having to wear that t-shirt around New York City. The wound is also healing with great speed. I have to say I wasn't expecting a nearly nine-year-old dog to recover as well as she did. (Shhhh- don't say anything. I'm planning a party in April.)
Willamena didn't come out to the Chinese Lunar New Year celebration. First, the streets were too crowded and second she was still in mourning over the end of the Year of The Dog. However, with St.Patrick's Day on the way, she is already wearing her "Kiss Me I'm Irish" collar and planning her tour of Irish bars in New York City.I figure as mutted as she is, she must have some Irish in her!
Posted by Heather Kovar at 7:59 AM 4 comments: 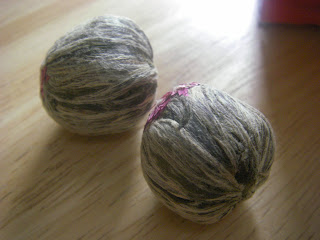 The sign on the bin read "White Lychee." And the man at Kam Man Food Products on 200 Canal said "one per cup only." 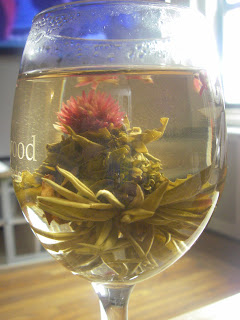 However a a search on the net reveals "one per POT."
It's called flowering tea, and is hand-sewn white tea leaves around what I think is an amaranth flower. It's called Lychee because its made to resemble a lychee nut until it opens up when brewed.
Since I don't have a clear pot or mug, I used a wine glass. Why not, right? I use them for everything else.
This flowering tea tastes similar to jasmine tea.
However, like had I opened a beer or bottle of wine, Willamena did not drool over it. But I'm still going back for more tea pods.
Posted by Heather Kovar at 2:22 PM 1 comment:

Happy Year of the Pig.
These are pictures from New York City's Chinatown on the New Year Sunday the 19th. 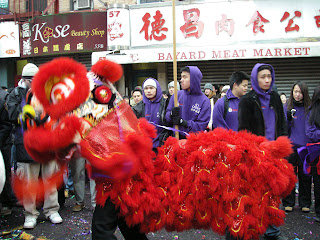 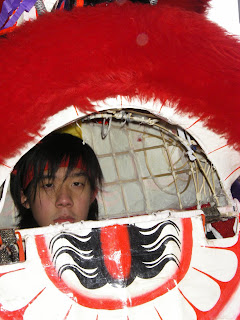 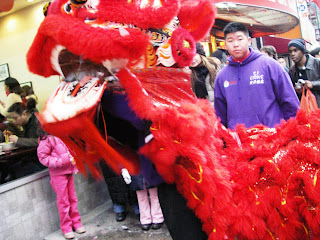 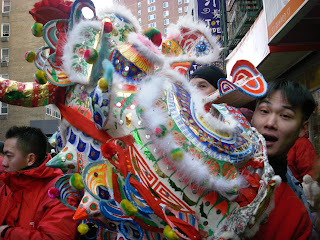 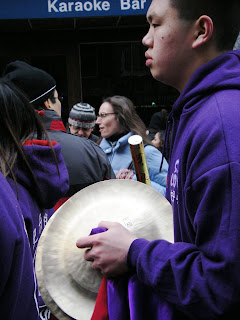 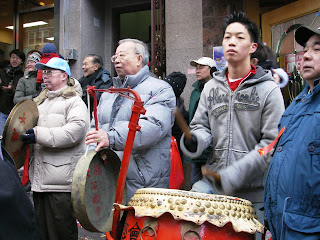 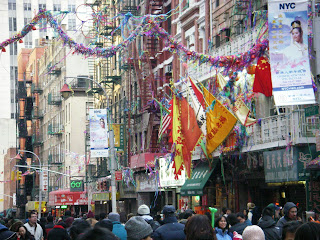 Celebrating the 2nd Anniversary of "THE GATES" in Central Park. 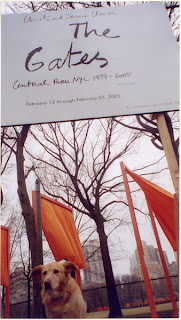 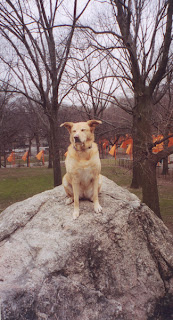 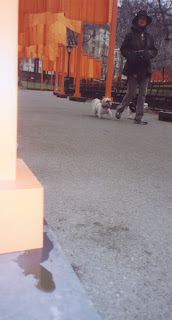 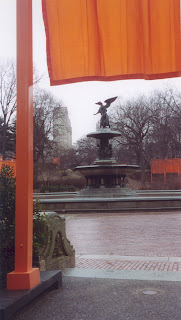 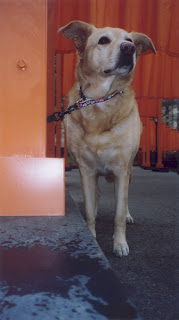 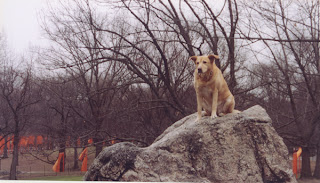 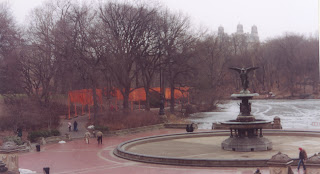 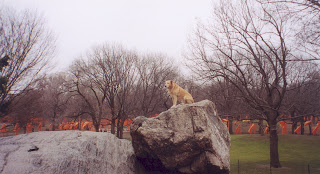 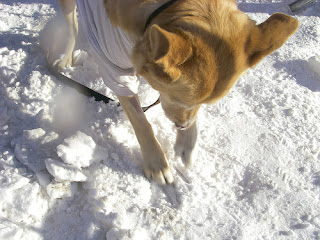 Make snow, and Mena will find it.
Yes, they had to make it in Central Park. New York City hasn't seen such a lack of it since the 70's.
But we're not going without. The Parks Department brought in equipment and expertise from local ski mountains, and a mound of snow was made this week for Saturday's
Central Park Winter Jam. 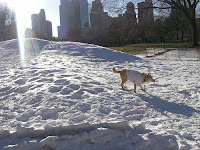 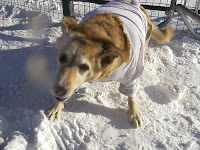 From noon till four, the Naumberg Bandshell, just south of 72nd street, will rock with activities such as cross-country skiing, snowshoeing, and horse-drawn sleigh rides.
D-J's will also be spinning tunes and I'm told free hot cocoa will be handed out!
Posted by Heather Kovar at 7:37 AM 3 comments:

It IS Fashion Week in New York City. And Willamena is turning heads as she prances her runways of hallways, New City streets and Central Park with her attire. Despite the scoopneck and 80's inspired knot at the waist, I wasn't trying to make a statement or inspire Spring trends. Willamena's designer dud made it's debut on Madison Avenue in the mid 70's. I was thinking of how having her with me kept me from spending any money in the sparkling stores. Though if a store owner let me in with her, she would cost me big in the damages done by her violent eight-pound tail.
Interrupting my thought, a lady walking her 5-pound mini-Mena screeched, "What a cute t-shirt!
Feeling inadequate to her dog's fur-lined leather parka, I say it's vet-recommened to help soak up any leakage from her recent stitches.
"Oh, well it's still very cute. I just thought you were being CREATIVE trying to use your old t-shirts."
I guess if you can't afford the labels, you can just be creative. But that's what I love about New York City. It's okay to be creative. And respected. Even on Madison Avenue.
The next comment came from a street vendor, "Dog wear T-shirts now!" (Dog is not a typo.)
Other comments I've had to endure include people pointing and saying, "look at the dog in a shirt!"
"A t-shirt on a dog!"
"I guess it keeps her warm."
Uh, no. It's been 16 degrees with a wind chill of zero or below. A T-shirt is pretty much useless.
As fashion week wraps up, it is also time for t-shirt to come off.
Just wait till it snows and she has to wear her booties. (She has very sensitive paws.) I'll never forget the excitement of a tourist once. "Dogs wear SHOES in New York City!"
Posted by Heather Kovar at 6:34 AM No comments: 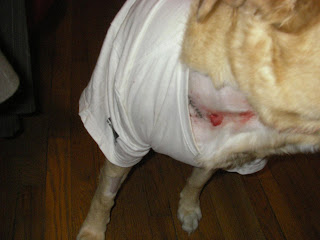 Well you won't be seeing that headline anywhere else since I guess her recent dog bite and shaved little patches would lose points.

However, back in 1999 Willamena did win the Wiggle-Waggle Walk-a-thon in Utica. She wan. But hence the title, it was a walk. So no prize.

You might wonder what category this lab-shepard-collie-et all wonder mix would qualify for in Westminster, which is coming up here in New York City in a little more than a week, February 12th and 13th.
I can hear the announcer gloat of her special traits.
"This type of dog was bred to root through all household trash. You throw it away, this dog will make sure you didn't want it by spreading it along your floor."

And he will continue as the judge tries to lift the head and tail at the same time, all while Willamena wiggles in the middle in effort to escape and play. "This is a special breed, one to protect you from small children."
"This type also shows it's smarts when you realize even putting food on top of the refrigerator isn't enough to keep them from eating it up in one gulp."

Maybe next year, Willamena.
Posted by Heather Kovar at 7:48 AM 1 comment: