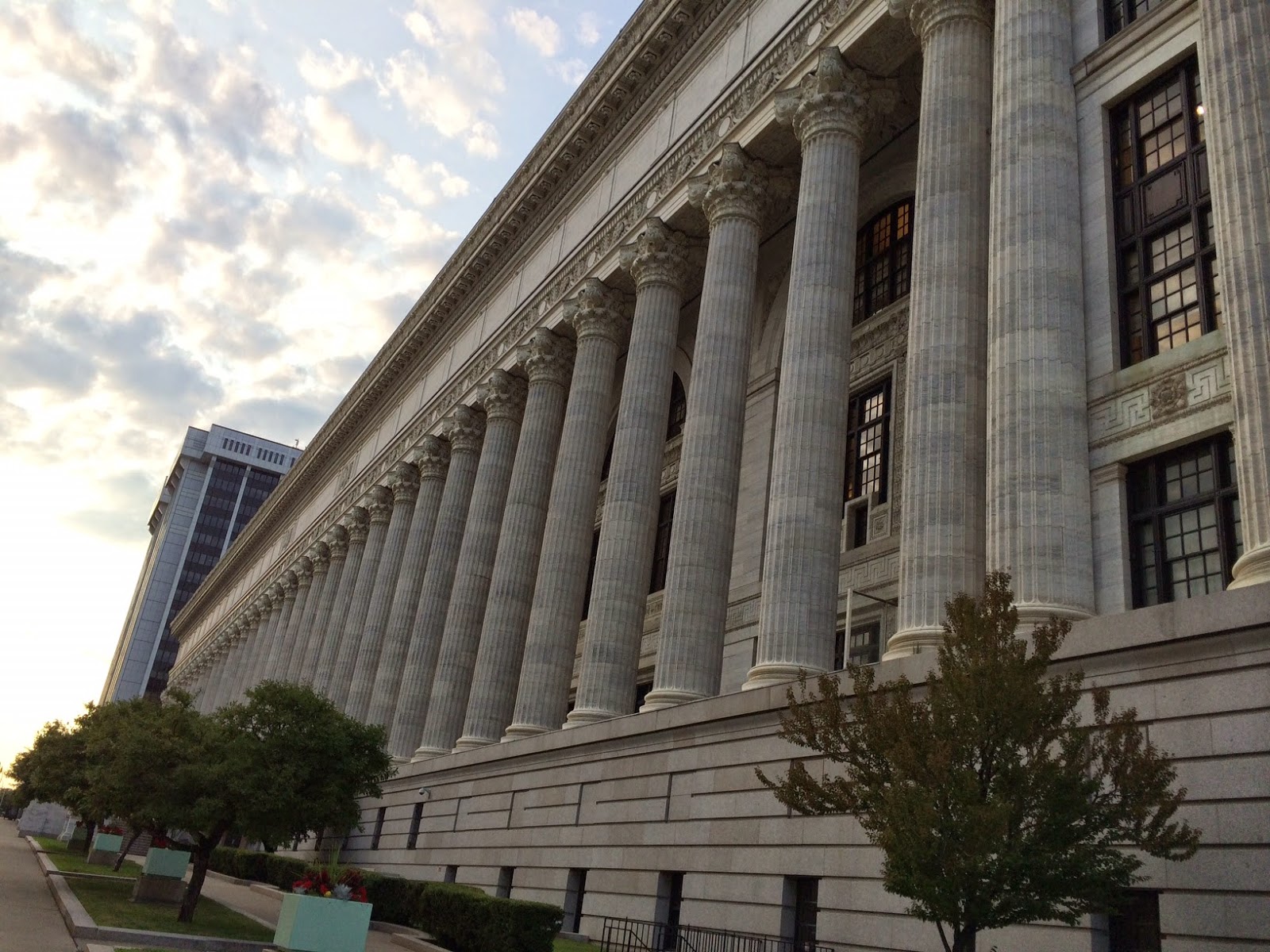 Walking or driving through Downtown Albany, it's difficult to not stop and stare at the State Education building.

It's the 36 column building that dominates Washington Avenue across the street from the State Capitol. 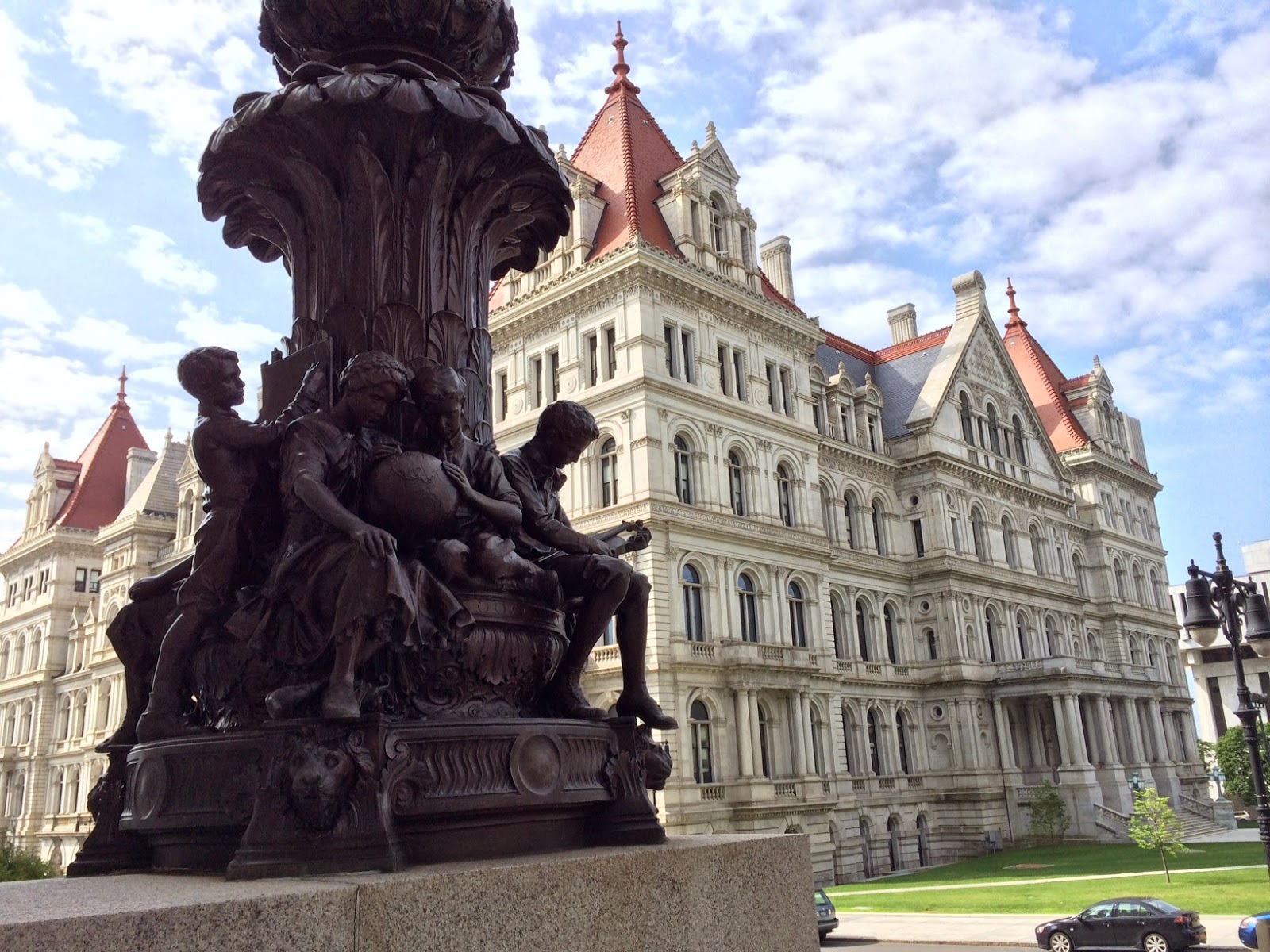 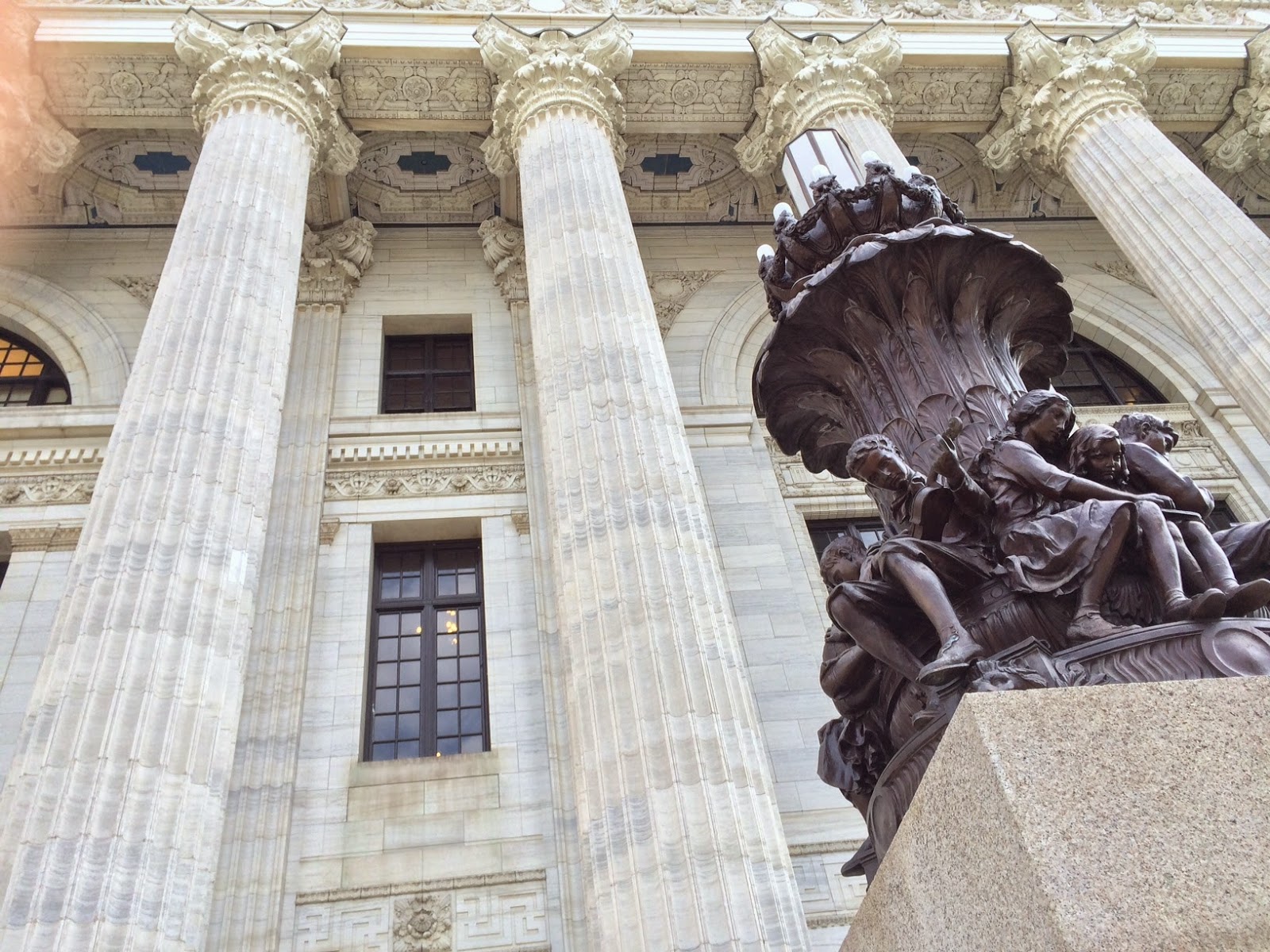 It's columns are quite impressive.
Several sources say it forms the longest colonnade in the US.


According to the Albany Visitors Center, it's where crews shot the HBO Muhammad Ali movie. If you watch, the scenes shot here are labeled Washington, DC. 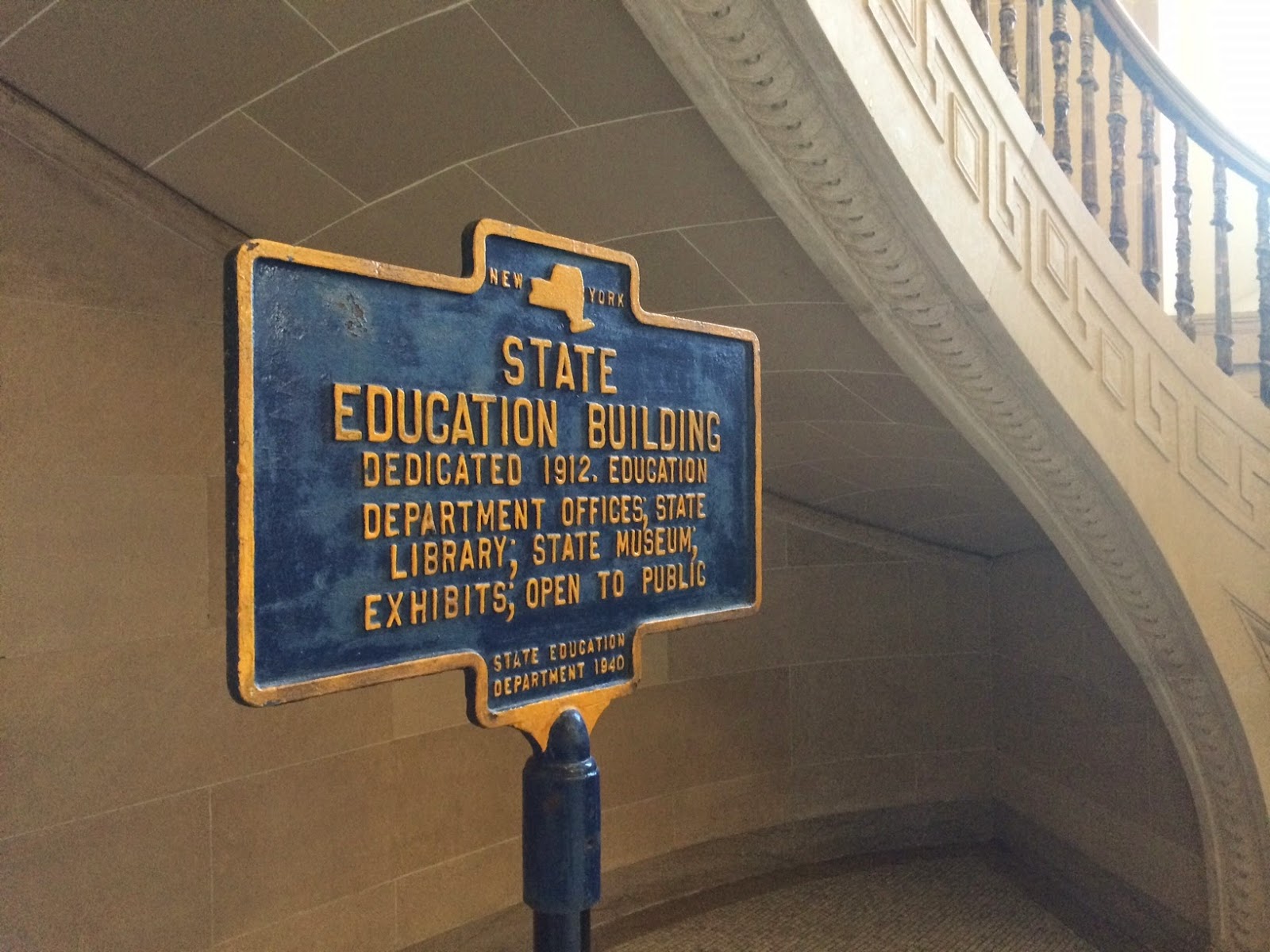 Click on the pictures for detail on this sculpture. I was taking angles of the boy playing what looks like to me a fiddle or guitar.  You can see standing on the steps, you are facing the NY State Capitol.

It was built between 1908 and 1911 and used to be open to the public.  It used to house the state library and museum. They've moved the historical marker inside.
The architect is Henry Hornbostel, who is also responsible for the Williamsburg Bridge in New York City.

Posted by Heather Kovar at 9:35 PM