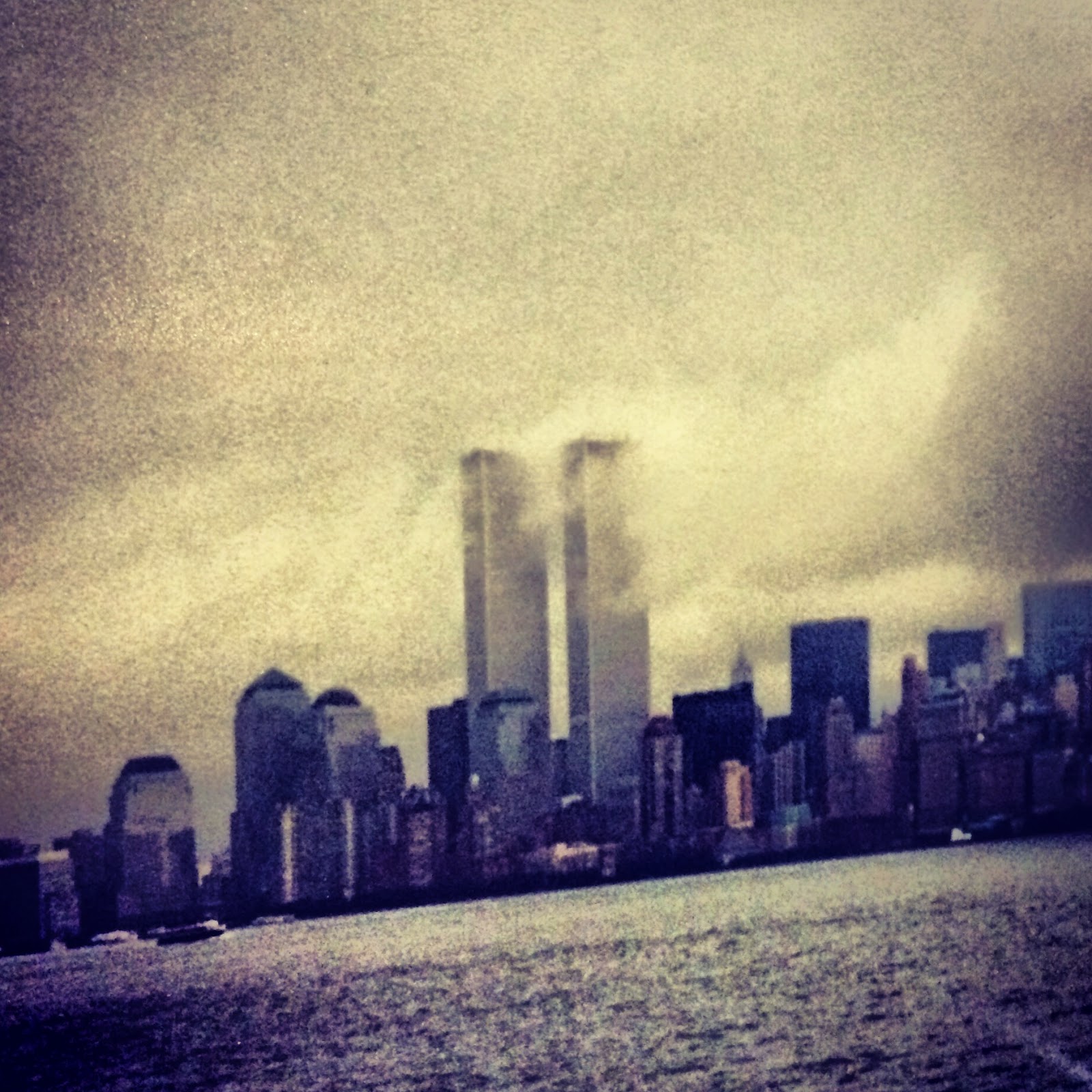 13 years ago I was waking up, ready to cover the NYC democratic primary. Instead my plans changed along with the world.

However, one thing that hasn't changed about my Manhattan are my walks. Even the first song I wrote that I also wrote music on a guitar has the line, "I long for lost walks, where will I end up? Park turns into 4th Ave. Of course I knew..."

So prior to moving to NYC when I still lived in Utica, luckily I took some pictures of the World Trade Center. These don't have date stamps on the back, but according to the placement in my photo album, it was late 2000. 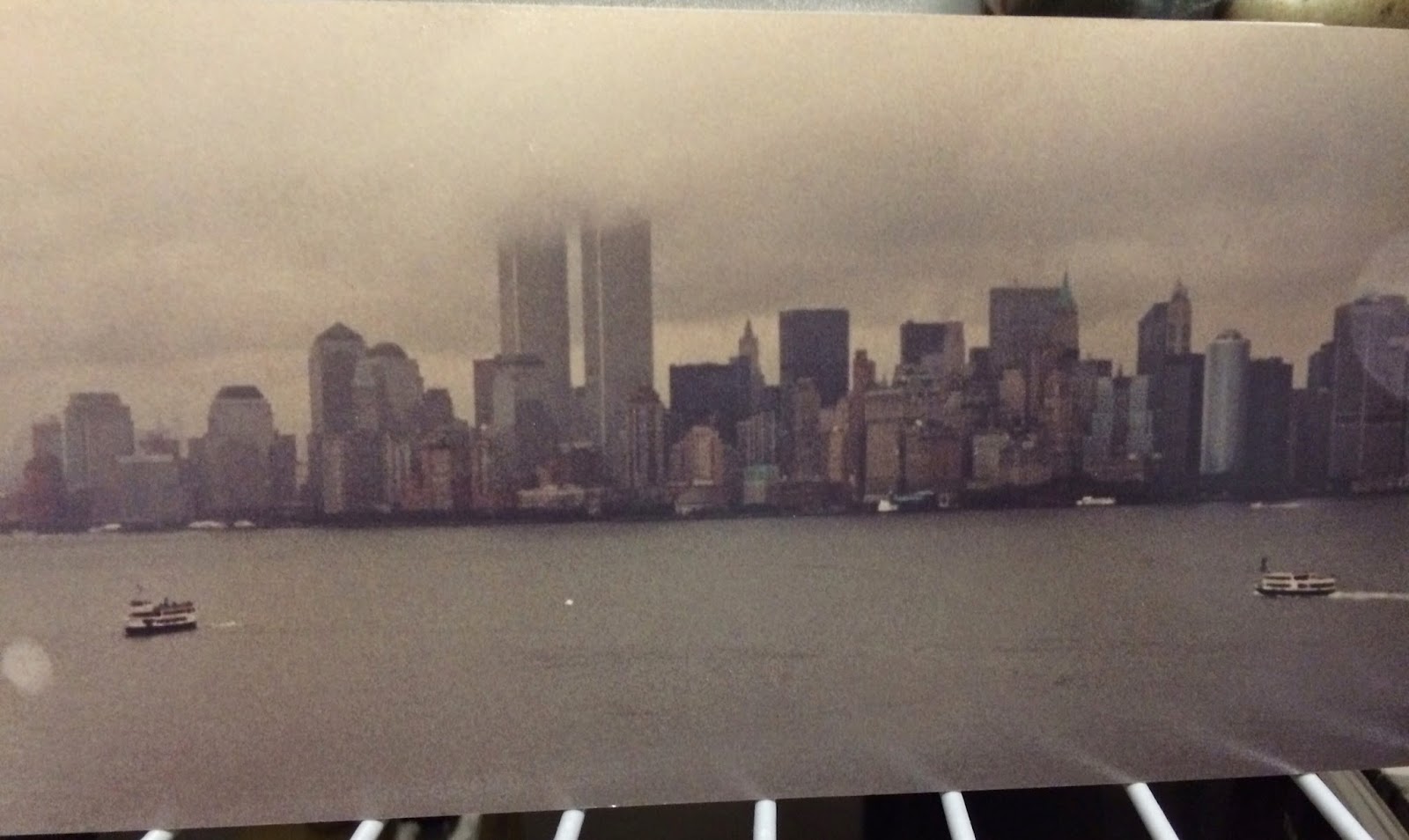 It was a gray day, though of course my favorite color. It was even misting a bit. The clouds were heavy, and from angles, you couldn't see WTC.


In this angle below, from the Statue of Liberty, you have to almost know where the towers are supposed to be to see them.

This is one of my favorite pictures. It's up in my walk-in-closet converted to a home office that I call "The Map Room." 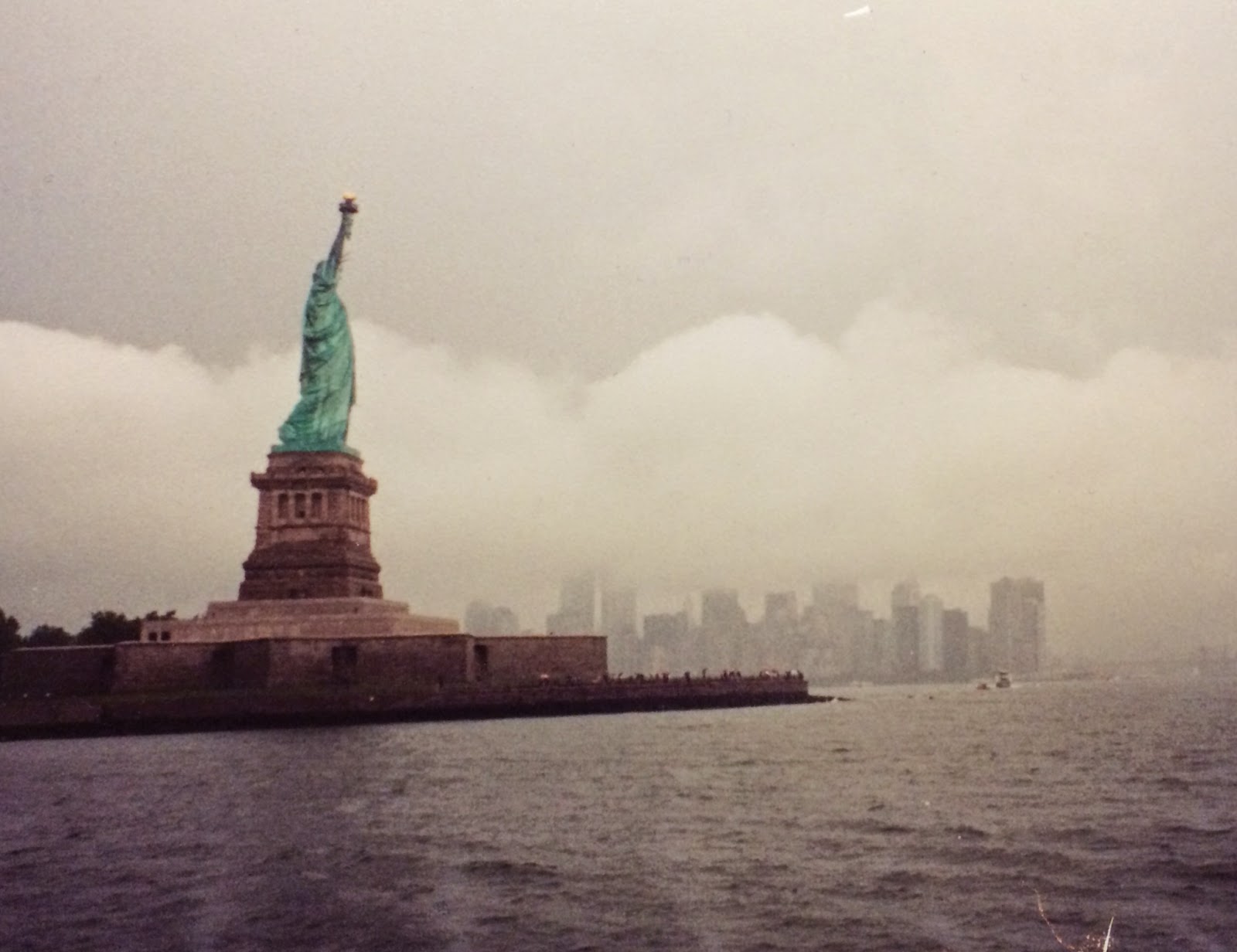 The skyline has since changed. The Twin Towers might be gone, but there isn't a hole it it's place anymore. From the end of 2001 to 2010 I jogged along the Hudson from the Upper West Side and watched the progress. It wasn't necessarily a skyline view from there, just the surrounding area.

One World Trade Center is nearly completed. It stands 1,776 feet over Ground Zero. By this anniversary next year, it should be occupied.

It's time for another long walk.

I've written a few 9/11 posts over the years. Here are two.
A look back.
An inspiring blurred image. 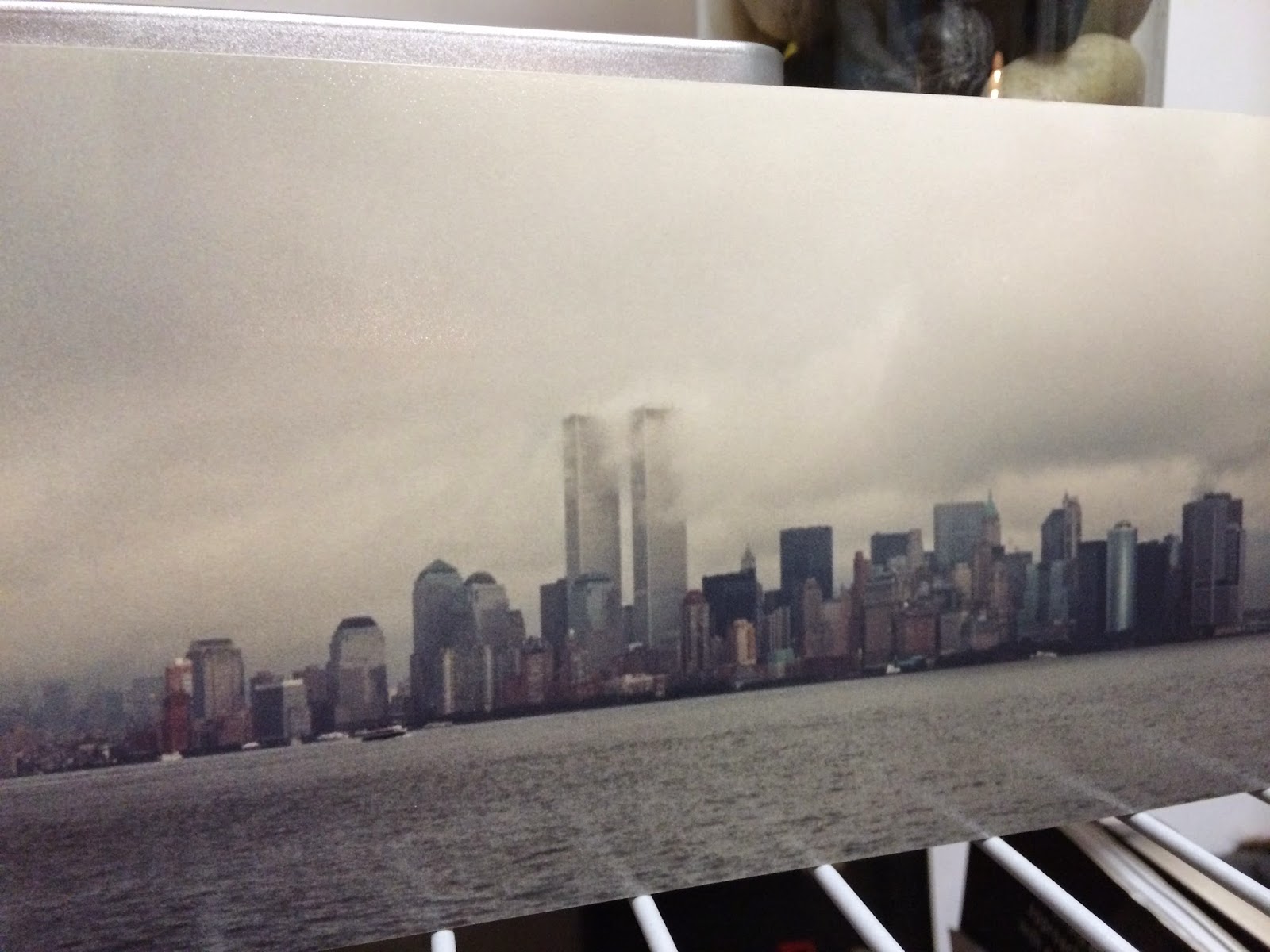 Posted by Heather Kovar at 8:19 AM